One of the slightly more obscure processes you rarely see is decoction these days, that is to say unless you’re familiar with German and Czech lager brewing processes. The decoction vessel on our brewhouse is by far simultaneously the most grossly unnecessary and thus far most fun bits of the kit we’ve added to this so it’s worth going into the process and what it does.
We’re known for making modern beer and we love it, and that often focuses on a light and clean base malt that works as a canvas for us to show off hops in their glory, but the fact is Alan and myself developed our tastes in craft beer and wider beer styles through interesting traditional beers from around the world that were proudly malt forward. English Bitters, Imperial Stouts, Marzens, Doppelbocks and Quadrupels were my starting point for exploring beer and at the heart of all these old malty styles was their complexity of malt flavours and balance. When I started out homebrewing I wasn’t in the kitchen making IPA’s every day but trying to make these Porters and Stouts to recreate what I’d been drinking. I was never getting those malt characteristics where I wanted them and it left me scratching my head as to what could be missing. When I researched those old German methods of mashing big malty bangers – that’s when I found out about decoction. I applied it to most of my malty beers back home with a simple setup of a stock pot on my hob and immediately ticked the box of what I was looking for: real natural melanoidin.

Back as recently as the 19th Century malt was still pretty poorly modified for all European brewers, even those in Britain and Ireland. Brewers struggled often to get the starch to convert in the barley and would take thick portions of the mash, boil them seperately to break down the starch further – and then re-add that back into the mash vessel. This helped raise the temperature and that starch breakdown helped create more sugar. What invariably happened during that though was that the barley would caramelise during that process – getting toastier, chewier and giving off this beautiful complex fig and fudge brownie aroma that only caramelising a mash can. All those flavours would get carried through into the sweet wort and finally into the beer. The process of decoction is still famously employed by many Czech Pilsners as well as some German brewers still banging out Marzens and Doppelbocks in Bavaria mostly. We’ve been looking forward to putting this brewery together for ages now on the promise we made ourselves that when we had tank space of our own we could really explore lagers again, building on these old methods like decoction and seeing if we could take them somewhere new.

We just recently dropped Blue Ghosts – our German style Pils that was designed to really show how beautiful noble hops can be, and that when it comes to hopppy styles – German Pils is the original gangster compared to how people treat IPA’s these days in the brewhouse. We hope there’s a space in Ireland for lager given so many people who appreciate beer often return to its simplicity and clarity and how that can compliment enjoying hops and sours on your night out or at home too. We always make a beeline for good modern Pils when we see it abroad too from Hill Farmstead’s Mary, Suarez Family’s Palatine Pils and even Lost & Grounded’s staple Kellerpils a bit closer to home. We don’t really need a decoction tank to make these ultra pale lagers. We don’t need it at all really. Its value is in exploration, maybe for different cereals altogether.

Cereal Cooker:
By building a separate mash cooker we can use it as a decoction vessel to employ this cooking and caramelisation tank for some processes but it also allows it to mash portions of our mash mixture at different temperatures. We figured that while we’re at this decoction lark why not use the system to work with some other grains too that don’t normally get an outing on European style brewhouses. Stuff like Rice, Maize, Sorghum/Millet and Buckwheat all often require a different and often higher mashing temperature for gelatinisation. Rice in particular sometimes needs to get up to 85°C for this – a temperature at which you’d have long ago ruined your wheat and barley mash had you gone up that high straight away. Macro breweries often put in these big cereal cookers for the sole purpose of using these cereals to cut costs in the brewhouse, but we thought we’d turn this on its head to see what these cereals can offer beer styles like ours from parameters like foam retention, FAN adjustment or just different textures to play with. It wasn’t that long ago that people thought IPA’s should just be made from barley and maybe some wheat at a push. What if a touch of buckwheat in there is what we’ve been looking for on a beer? Not only that – all of this cereal mashing flexibility frees us up to make some real gluten free beers along with exploring African and maybe Asian styles too. Sorghum is the grain of choice for African breweries these days and there’s plenty to be explored still we feel.

For more info on doing these at home or just some technical reading check out the following:

Looking for some Dan Kelly’s Cider during the Fleadh? Here are 6 places you’ll find it in… 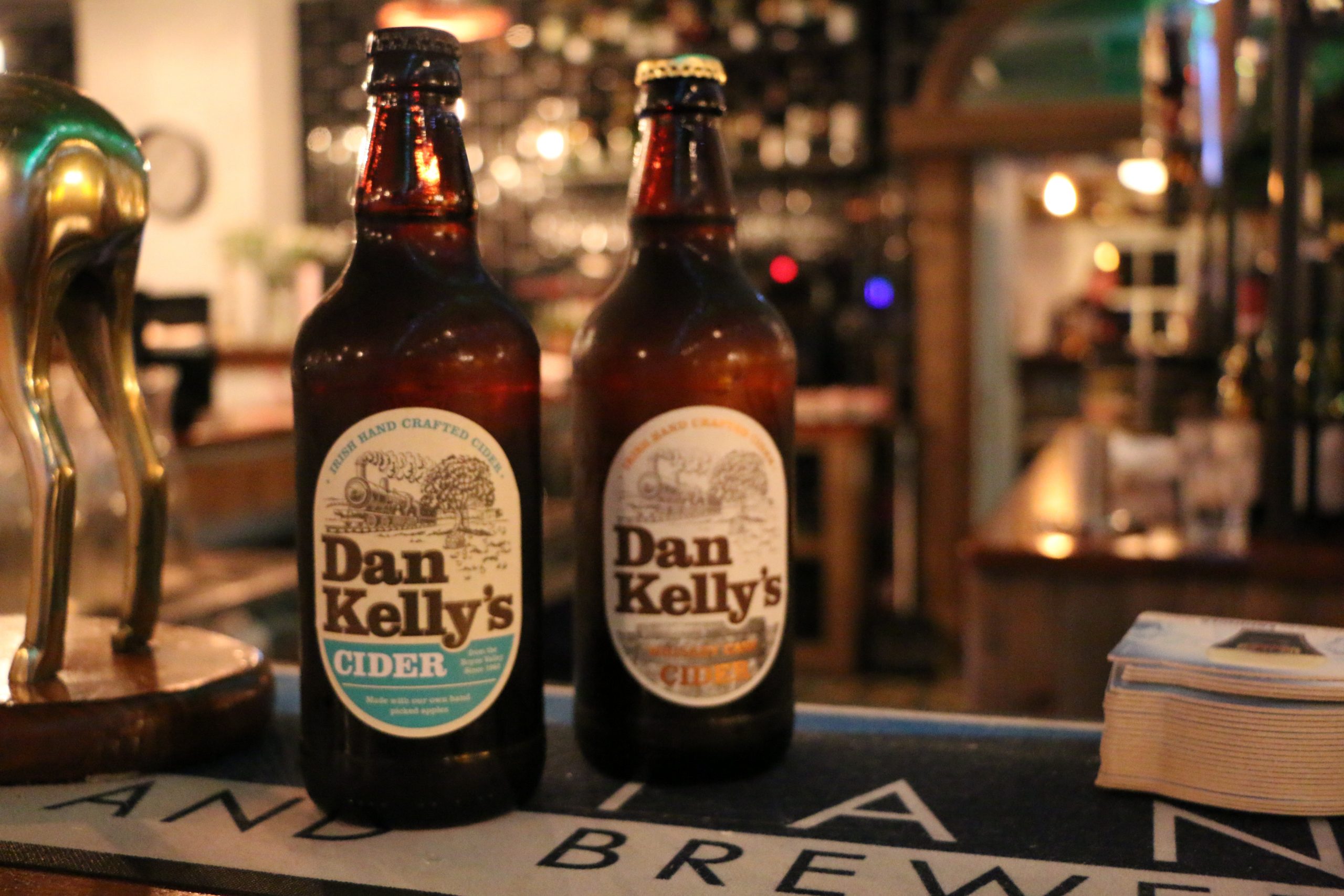 Looking for some Dan Kelly’s Cider during the Fleadh? Here are 6 places you’ll find it in…