You’ve probably heard by now that we released three new beers in the last week or so. I’m only getting around to telling you a bit more about the beers now because we’ve had a manic few days in the brewery, with barely enough time to grab a sandwich and a packet of Tayto crisps before once again disappearing into the mash tun to dig out the spent grains.

Sticking with the hazy, hoppy theme we’ve adopted over the last couple of months, two of the beers are New England-style ales – low bitterness, very hazy, and with enticing juicy and fruity hop flavour and aroma.

Decadent Days is a 5% alcohol by volume New England-style Pale Ale. Cara Gold and Vienna malts give this brew an orangey hue, and a healthy dose of flaked oats and wheat malt give plenty of body. The lead hop variety is Citra, backed up with Centennial, Idaho 7 and Cashmere, giving great hop saturation and balancing nicely with the sweet malty mouthfeel. Gareth has taken our can label designs to a new level here, transforming John Bird Jr’s incredible original image of the Clough Mór above Rostrevor into a truly epic scene. Decadent Days is also a 5b grade climb on the lower cliffs of Eagle Rocks.

Difficility is a 6.2% alcohol by volume New England-style IPA. Extra Pale ale malt keeps the colour low; and oats, wheat and Dextrin malt give a full and soft mouthfeel. Juicy American hop varieties Cashmere, Idaho 7 and Amarillo in the dry hop provide plenty of stone fruit and tropical fruit flavour and aroma. You’ll find Difficility, a 5a grade route, on the summit tor of Hen Mountain.

Our third new brew is a crisp and full flavoured lager in the German Pilsner style. Less bitter than it’s Bohemian counterpart, and using German Hallertauer hops, this is a beautifully bright and balanced lager with a sweet bready malt character. It’s 5.2% alcohol by volume, and named FM after the climb route on Lamagan slabs. We’re grateful to Ed Benton for the imposing image of Slieve Lamagan on the side of the can.

All of our new beers are out and about now, and available at our usual stockists. You can also order from our online shop for home delivery.

Finally, last week we started the process of commissioning a new tank which will increase our capacity by around 20%. There’s quite a bit of work still to do, but so far all is going well. To test the process we’ve recreated one of our original recipes from way back. We’re excited about this one and we’ll tell you more about it in a couple of weeks. 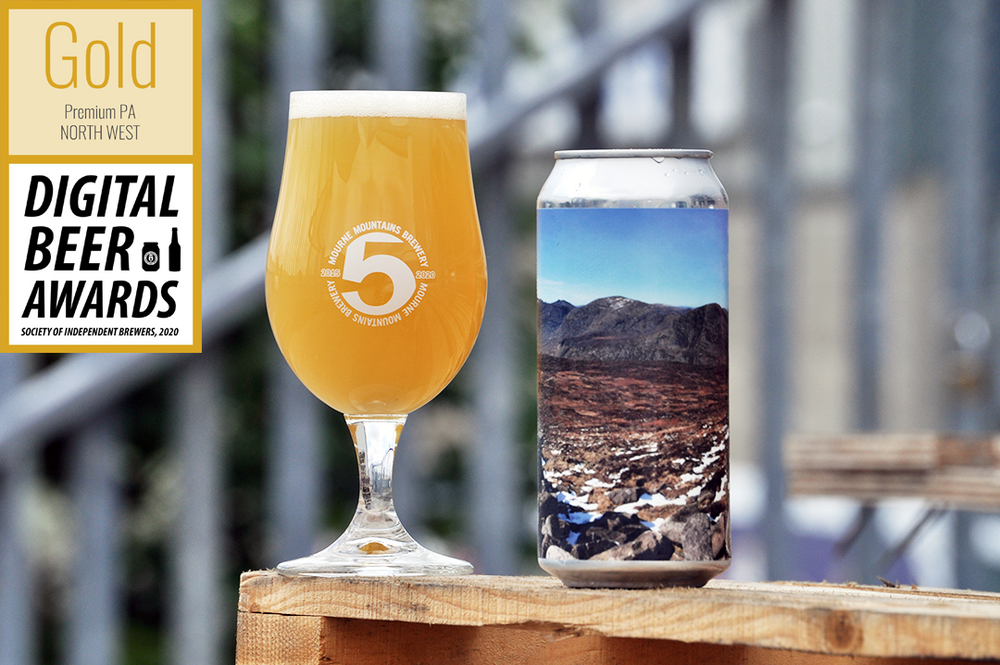