Out & About in Odense

(Occasional) business travel is BACK – at least, for me – and with it, a little bit of beer travel on the side.

I am fortunate enough to have not just an exciting new role, but one that’s based in one of my favourite countries to visit: Denmark. While I primarily work at home in Dublin, I recently went out to meet the team in person (something that didn’t happen more than a few times in my old position, partially due to Covid and partially due to garbage politics, but I digress). My company is based in Odense, which was a new-to-me destination. I’ve previously blogged about thoroughly enjoying Copenhagen as a beer destination, and while Odense – the birthplace of Hans Christian Andersen, which you will not be allowed to forget as you stroll about town – is not nearly as large, it does have some unique beer spots well worth seeking out.

I confess I didn’t do much research before heading out on my first night in town – my priority was finding something that was near my hotel, open, still serving food and that had at least one or two decent taps. With that in mind, I made a beeline to Anarkist Beer & Food Lab, although by the time I arrived, they were nearly out of the latter; I did manage to snag the last burger, and got a tasting flight of fair-to-fine beers, although nothing outstanding. The atmosphere was very much ‘taproom full of people with questionable music taste on a stag night’ and so I did not linger – but, despite the first impression, more on this brewery later.

After a good night’s sleep and some wandering the next day, I stopped in for lunch at Flakhaven Gastropub, a beautifully-appointed bar – or, more accurately, series of bars, both inside and outside – right in the incredibly-tidy city centre. With Danish-only signage, I found it somewhat difficult to figure out which parts were and were not quite open as the basement bar looked to be the place they sent beer nerds, with a neon taplist of beers from across Europe on the wall, but I ended up sitting upstairs and had an excellent veggie burger with a really lovely brown ale – and you know how I am about brown ales. I was told that the brewer is British, and that he tends to brew in that direction, and the guest taps from breweries like Thornbridge made sense in that regard. For my local Irish readers, there was also a Porterhouse option as well as a Guinness, because there is always Guinness, everywhere. I would love to have tried more, but I never managed to get anyone’s attention to order a second (I presume I was in some way Doing It Wrong), so I went back out sight-seeing.

My next port of call was the one I had been told to check out in advance; a cosy bar called Carlsens Kvarter, located a bit outside the city centre, but more or less within the bounds of Nonnebakken, a largely-vanished Viking ring fortress. Housed in a 19th-century former pharmacy, the interior very much reminded me of Monk’s in Philadelphia, and I was immediately offered a comprehensive beer menu that was at least partially in English. More importantly, the very friendly bartender made a point of finding out what I liked and what I was looking for (despite my vague ‘interesting local beers’ opening), and I knew I had found ‘my place’ in Odense. Carlsens Kvarter’s outstanding house pilsner is brewed by a tiny nanobrewery called Familien Ølgaard, but I think my favourite beer of the entire trip was Christian Bale Ale, by Dry & Bitter Brewing Company – another recommendation, and one that did not disappoint, ‘quirky’ name notwithstanding.

And while there are plenty of Danish craft beer offerings, Odense’s skyline (if we can call it that) is dominated by the giraffe-spotted smokestack of Albani Brewery, which has been part of Royal Unibrew since 2000 for people who care about that sort of thing. Albani’s Pilsner is the local rival to Carlsberg, and it is generally available around Odense, as is their Odense Classic, a Vienna lager that was introduced in the 1990s to celebrate the brewery’s 140th anniversary. The giraffe branding is thanks to their Giraf Beer, ‘…a strong golden lager – drier than its rival Carlsberg Elephant’ to quote Michael Jackson in his Pocket Guide to Beer. It seems the brewery had long used Odense Zoo’s giraffe in their advertising, but when the incumbent died in 1962, the beer was brewed to raise funds to purchase another – the more you know. I’ve been told that the Albani Brewery tour is very good, but could not find anything useful about it in English, so had to content myself with going back to Anarkist for another round – and my impression was very different the second time around.

I’d had time to do a bit more research (for this read, ‘talking to actual locals who could tell me, an ignorant person who only speaks one language well – useful things’), and while it had been reasonably obvious that Anarkist was to Albani what Jacobsen is to Carlsberg, there were a few more brands to unpack – and a little archaeology. While Albani is the ‘mother ship’ today, the brewery that sprawls over this part of the city in a way that is not at all dissimilar to St. James’s Gate and Dublin 8, was originally founded by pharmacist Theodor Schiøtz in 1859. His name lives on today as one of the various sub-brands under the Royal Unibrew/Albani banner, along with Anarkist and Kissmeyer (the latter founded by Anders Kissmeyer, previously of Carlsberg and Nørrebro Bryghus), and all are on offer at Anarkist, which looks every inch the modern taproom on the edge of the late 19th-mid 20th century Albani brewery complex. On my second visit it was much quieter, and I had a chance to take a proper look at the taplist – and had some very good beers this time. I also had time to take a look at the merchandise and the archaeology-on-display: although my Danish is – as evidenced by this piece – atrocious, I at least got the gist of the text explaining the wooden lining of a brewery well built c. 1300 nearby. I came away with a completely revised impression of the space, and look forward to returning on future visits.

Finally, it’s impossible to visit Denmark and not see Mikkeller everywhere. As they seem to be trying to move in the ‘right’ direction (certainly compared to Brewdog, at any rate) in their employee dealings, I made a stop at their airport bar, and it was…really great? The variety of beer styles, including a few guest taps, was impressive, and the diversity of sizes was very welcome. I had an absolutely fantastic Vienna lager, and the bar staff were knowledgeable and friendly, in addition to speedy as befits an airport. 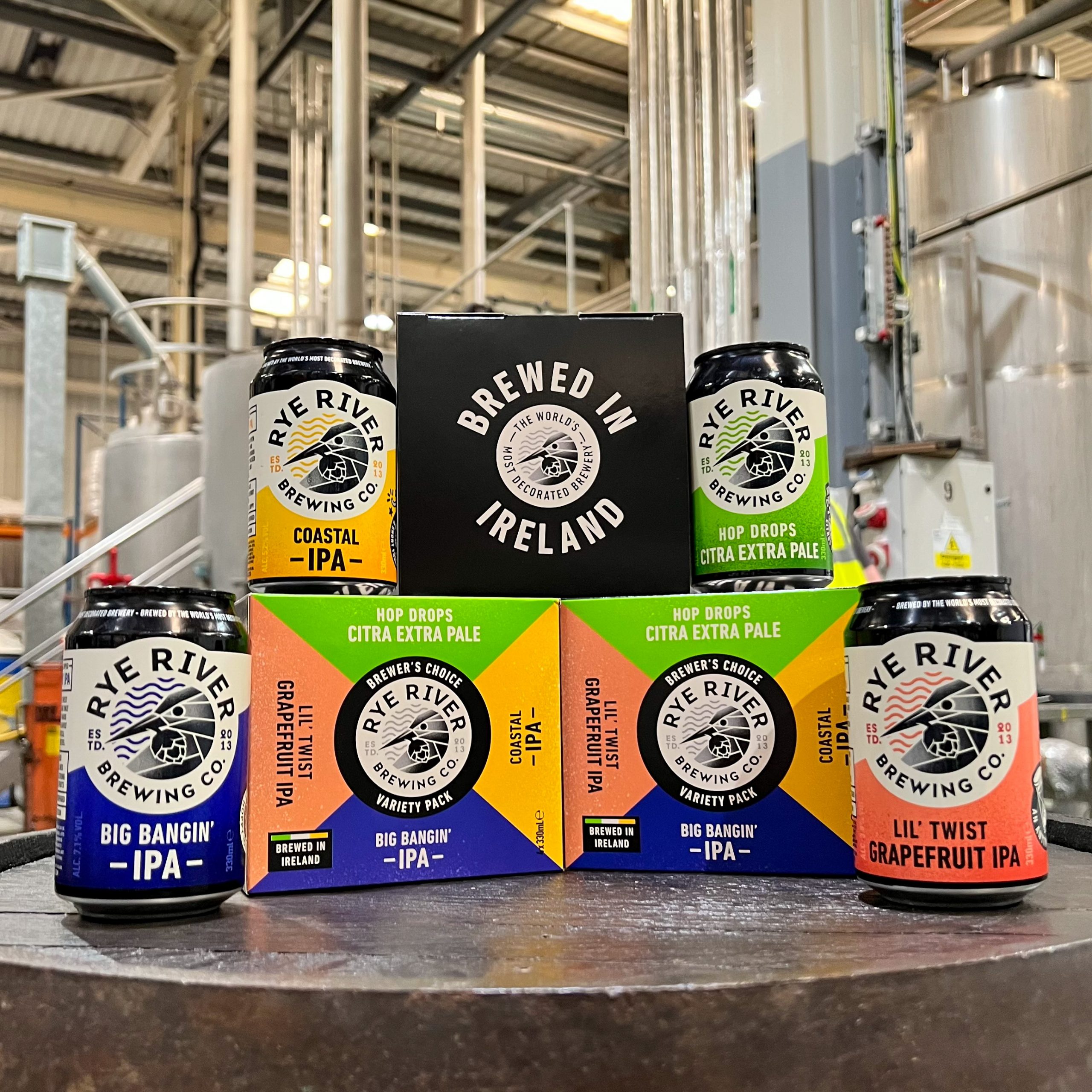 A Sample of Beer in Catalonia: nano to macro.

Merchandise back in stock !