It’s The Beer of Your Dreams

Introducing the latest Rascals limited edition beer: Siamese Dream 4.5% pale ale brewed with coconut, pink guava and lime. The beauty of the beer is only matched by the amazing label design, with the skills of our designer Tríona O’Donoghue once again to the fore.

We’re proud of every beer we produce but we’re particularly excited for this one because we brewed it in collaboration with Hopfully Brewing. This isn’t the first time we’ve hooked up; some of you may remember we made a beer together back in 2017 called King Kumquat IPA, a hazy IPA brewed with whole kumquats and a zesty hop combo of Mosaic and Simcoe.

Hopfully are all about exploring new and interesting ingredients which is why they’re such a pleasure to work with. Siamese Dream is brewed with Sabro and Sorachi Ace hops. The latter is a Japanese hop known for its lemon, coconut and even bubblegum properties. Sorachi Ace hops were for several decades a marginalized hop, not particularly popular and some might say misunderstood. All that changed in the mid 2000s when a number of adventurous breweries realised there most definitely was a place for it in modern beer styles.

Sabro hops offer fruity and herbal flavours and aromas, with noticeable coconut, sweet citrus and tropical fruit characteristics. This variety is very popular right now and is considered a well-rounded hop with a satisfying bitterness profile and plenty to explore in flavour and aroma.

Pink guava is a tropical fruit originating from central and south America. They’re a wonderfully aromatic fruit and can range from pale pink to deep orange-magenta. In terms of taste, you’ll enjoy tropical notes of papaya, passion fruit, melon and ripe pear. We added pink guava purée into the fermenter during fermentation and lime zest in the whirlpool. As fruit combinations go, it’s a winner. You’ll get a nice coconut hit up front, followed by a gorgeous tropical sweetness from the guava, and then in the finish there’s a spirited citrus payoff from the lime zest.

Any excuse to stand around drinking: Cathal with Cris and Junior from Hopfully Brewing get busy tasting the very first cans of Siamese Dream

As for the name, well after the brilliant names Sure Phuket and The Far Yeast were disgracefully rejected by the Rascals Beer Naming Committee, we settled on Siamese Dream. It’s a reference to the previous name for Thailand: Siam. There’s a strong Thai association with the main ingredients in the beer and we felt sure they’d work incredibly well in a recipe. It’s also a nod to the Smashing Pumpkins album of the same name, which is in fact a better album than Melon Collie and the Infinite Sadness, and if you don’t agree then you’re simply wrong. (The colour scheme of the Siamese Dream album is reflected in the can design too.)

Siamese Dream is being released on June 1st and will be available online here as well as in all good independent off-licences, including our own at Rascals HQ Inchicore, open Wed-Sun from 2pm.

The post It’s The Beer of Your Dreams appeared first on Rascals Brewing Company.

Dublin's only independent craft brewery, pizza restaurant, taproom and off-licence. The freshest beers and pizza on site, with great music and monthly events. 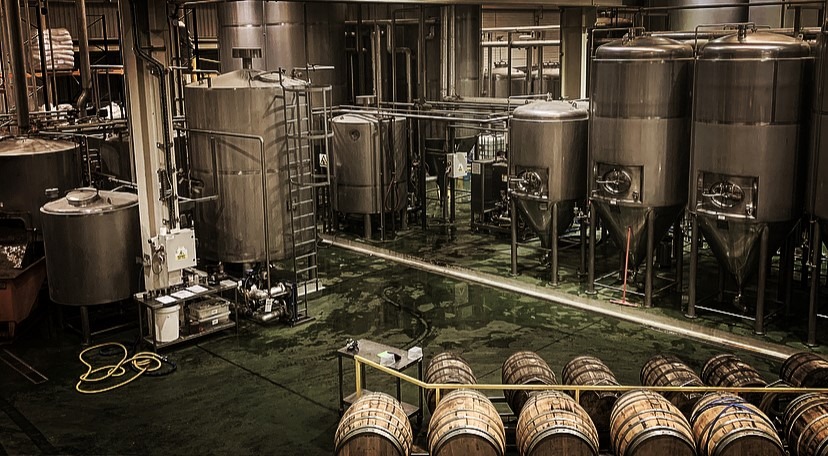