Fiercely Independent… when it suits.

Did ye hear the bars? Nothing is ever sacred in Northern Ireland is it?

Over the last few weeks there has been murmurs that a BrewDog bar was finally heading to Belfast, initially rumoured at The Marcus Ward (formerly The Stiff Kitten – a previous location that BrewDog looked at in 2014/15) but quickly the Muldoons site in Sailortown became the focal point with a verified venue on UnTappd associated with it (https://untappd.com/v/brewdog-belfast/10024107).

Although these rumours were quickly quashed with a response that the venture wouldn’t be a full bar in Belfast, it has since been announced that it will be the latest location for ‘BrewDog Now’ franchise (launching July 6th).

Whilst all of that was going on, unconfirmed reports and discussions emerged that BrewDog’s new distribution partner in Northern Ireland was going to be Molson Coors… Yes, that’s right a macro owned business distributing the ‘fiercely independent’ BrewDog.

Earlier today news broke confirming that Molson Coors would be the new distribution partner for BrewDog for both the on and off trade in Northern Ireland. The deal is aimed at accelerating the number of taps of Punk IPA across the region with packaged Dead Pony, Elvis Juice, Punk AF & Punk IPA aimed at the off trade.

This leads to more questions than answers unfortunately for BrewDog in Northern Ireland:

If you look globally, it adds interesting touch points:

Full disclosure, I am an Equity for Punk or EFP and have been since 2013, I try to avoid the forum as there is certainly a lot of hardcore blind sighted opinions; but today I made the decision to reactivate my login.

BrewDog are not ones to shy away from the public limelight. The self-proclaimed market disruptors have utilised PR for years to gauge a response, some of which highlight my questions.  I could go through the archives and unearth some home truths to the BrewDog faithful’s, but the quote below from 2015’s #independenceordeath will suffice:

“We are going to nail our colours to the mother fucking mast. We are going to live and die by what we believe in and the values we hold true. We are not doing this for money, we are doing this because we love craft beer.”

I purposely use this quote for many reasons, but one of my pet peeves from companies is deflection and acting like a charlatan. BrewDog’s narrative has always been about independence, the greater good and sticking it to the macros. Today isn’t the first time they’ll bend the knee to work with a macro to suit their own agenda. On the forum, even today, members of BrewDog highlighted “We are here to make money as a business and to our shareholders…” this one of the most corporate stances to see within an independent business.

Since that infamous quote from 2015’s #independenceordeath, this narrative has been used for raising millions through subsequent EFP campaigns. It also has seen a fair shift in movement with breweries, where we have seen time and time again breweries utilising a portrayal of independence in some form, fighting off the hands of evil corporation, only for them to fall into the clutches of what they once stood against.

Look no further than at those involved with the United Craft Brewers: (https://www.beavertownbrewery.co.uk/united-craft-brewers/ )

Does this mean BrewDog will follow suit? Who knows?

I just find the narrative between the press release oh too familiar to Lagunita’s from the initial deal with Heineken, deflecting from the change in stance and highlighting it is about bridging the gap between the customer and the product.

My last thoughts: if you are dealing with the devil then why choose Coors? Is this a tactic to downplay the partnership by selecting a smaller player? Or is this the end of the beginning, and the beginning of the end of independence at BrewDog?

How to make running fun?

Originally established in 2013 as BelfastBeerBlog, which aimed to bring members of the developing NI beer scene together through reviews, insights and promotion of local events. As with anything over the years, projects develop, take different directions & industry evolves; and that is exactly the case here for BelfastBeerBlog. Tilt n’ Pour aims to highlight more of how the industry works, uncovering stories & insight from those working in it, educating ourselves further across the journey and aiding in reducing the gap between the consumer & producer whilst continuously building the local beer community. 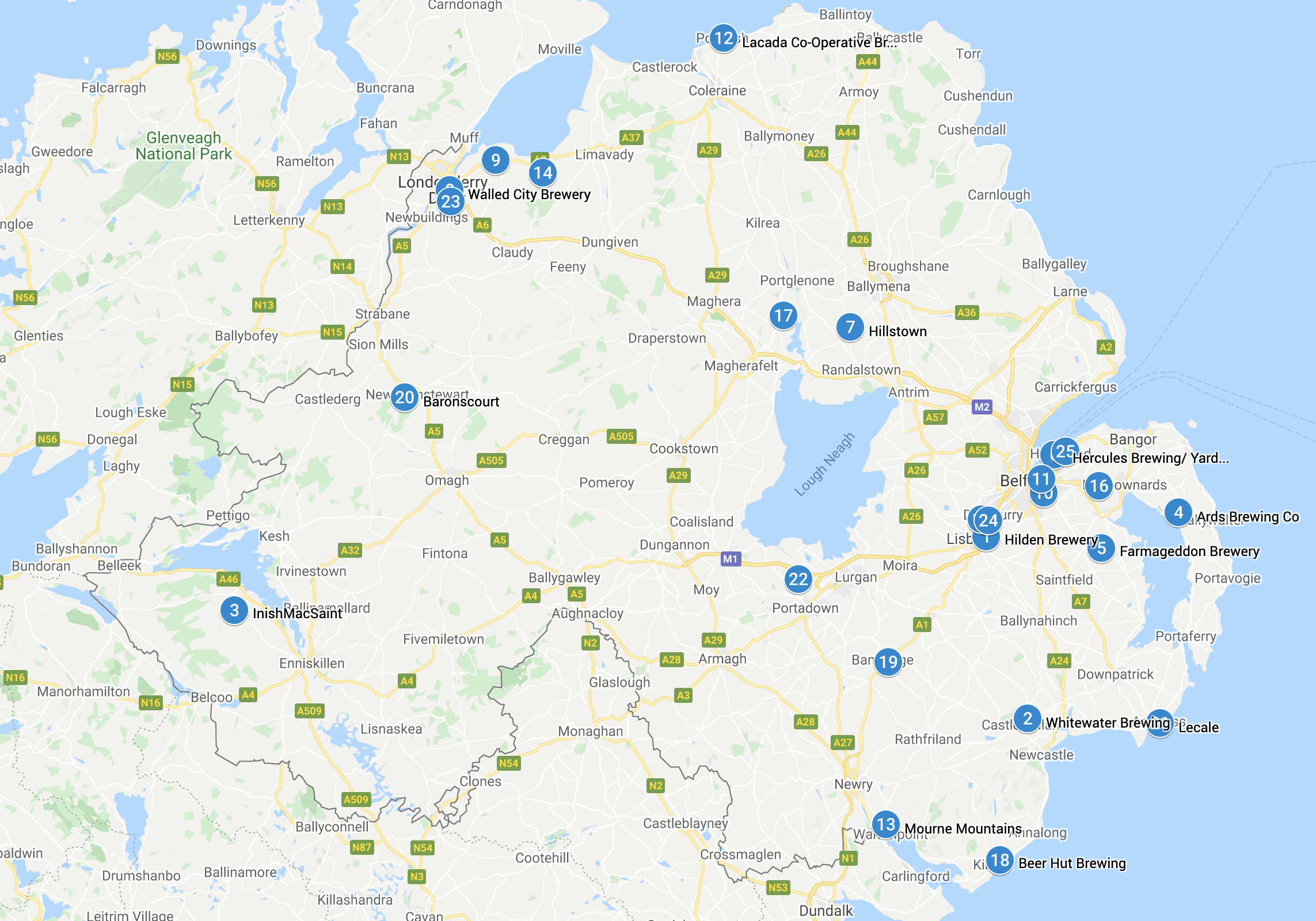