We’re delighted to announce that we will be participating in the 4th Indie Beer Week, a celebration of genuine Irish craft beer held between 20th-22nd May 2021. Indie Beer Week is a collaborative event organised by the Association of Independent Craft Brewers of Ireland (ICBI) in conjunction with Beer Cloud and Craic Beer Community.

As part of Indie Beer Week, participants can order a selection of craft beers from a choice of three packs and then taste along with the brewers at dedicated online sessions.

The Irish public is also encouraged to celebrate by using the #indiebeerweek hashtag throughout the week of 17th – 23rd May!

Beer packs can be ordered online from Beer Cloud and tasted along in the company of the fantastic participating breweries, facilitated by Craic Beer Community. Be sure to order in advance as numbers are limited. Packs will be dispatched from 17th May. For those who want to really embrace the event, you can get a special price for all 3 events.

In the past, Indie Beer Week was a chance to visit local breweries for community-based events. This time, it’s an opportunity to virtually bring together the community of independent Irish craft breweries with the people of Ireland!

Independent microbreweries are also asking the public to learn what a true craft beer is and to take the time to understand if the “craft” beer they buy is brewed by an independent company or a company that has adopted the term “craft beer.”

This is the spirit of a festival past and yet to be had (post covid crisis), that showcases what the independent craft beer business is all about in Ireland – looking out for each other and supporting indigenous enterprise, talent and ingenuity and reaching out and connecting with their customer base as well as educating and welcoming newcomers.

Indie Beer Week 2021 runs from 17th – 23rd May and it’s the perfect time to explore Irish beer from small companies owned by and employing local people. It’s also the perfect time for craft beer lovers to get access to some new and exciting releases from some of Ireland’s best microbreweries. For those who’ve often bemoaned that they “don’t like craft beer”,  it’s a chance to taste through the styles and find the one that suits!

Ireland has a vibrant and exciting independent brewing scene, with interest from the public growing exponentially, year after year. Indie Beer Week capitalises on that interest, providing the opportunity to meet the people behind the beer, putting a face to the name of some of Ireland’s most interesting and innovative independent brews.

Full details of the breweries participating in each pack available online at indiebeerweek.ie

The details of the very special beers in the packs will be released over the coming weeks – some never seen before!

Join BRÚ for a tasting on Thursday the 20 May

We’re participating in the first date of the event, Thursday the 20th,  with a fresh/new release limited edition beer that we’re keeping under wraps for now! But trust us, you don’t want to miss your chance to taste it.

Beer Packs are available to buy directly from beercloud.ie. 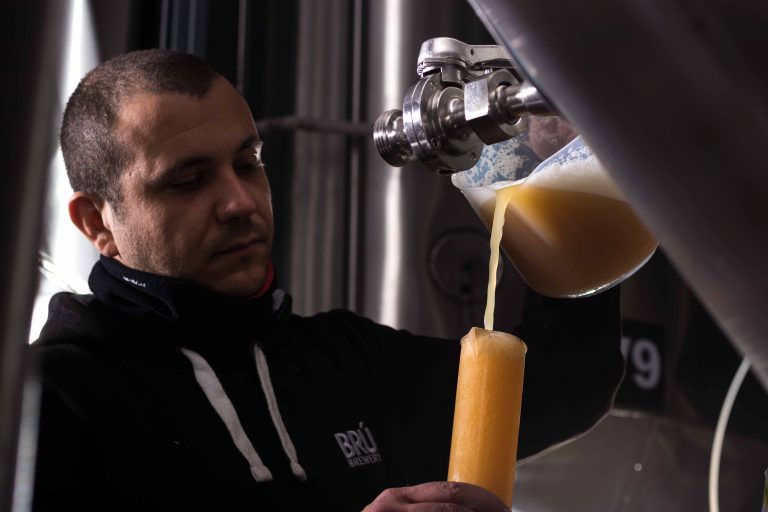 BRÚ Brewery was established in 2013 in County Meath, Ireland. It was driven by a passion to brew high quality, accessible beers for everyday drinkers.