Round Corner Brewing has announced that its Rare Foods Festival, hosted alongside the traditional and native rare breeds show at Melton Mowbray Market, will return for its fourth year on Saturday, 10th September.

The festival is a celebration of unique foods, drinks, and friends from around the country. With free admission, visitors can enjoy a selection of rare foods from a number of street food vendors and food makers.

Attendees will also be able to enjoy beers from Round Corner Brewing, based within Melton Mowbray Market, as well as brew from a couple of invited beer and cider friends. There will also be live music from some of Round Corner’s favourite artists.

Topping off the festival will be the fourth running of Round Corner’s Rare Foods Eating Competition. Participants compete to eat some of the rarest and most bizarre food combinations on offer. The person who goes through the series of food challenges and comes out undefeated is crowned champion.

Round Corner Brewing’s head brewer and co-founder, Colin Paige, said: “Having lived and made beer all over the world, I’ve been fortunate enough to try some amazing foods. What are delicious and well-regarded foods in some countries might be considered unusual in the UK, so we thought there was a unique opportunity to get some great chefs and try some more unusual cuts of meat or proteins. Pairing these with beer was a perfect opportunity to offer them to a new audience.

“I think Uncommonly Good Beer could be considered rare and we’ve made beer over the years which could be classed as rare, such as some barrel-aged beers, ones brewed with different yeasts, and Zomba, which has lavender as an unusual botanical.

“We’re currently planning on brewing a doppelbock, and there’s not many of those brewed in the UK. We have a beer in the tanks at the moment, which is a smoked helles, which I believe is the only one made in the UK currently, which is a very rare style of beer, unless you’re in Bamberg.

“Where we’re based, in the rural capital of food, was another perfect opportunity to host the festival. Being in the East Midlands there is a great agricultural culture, there’s great chefs, and there is great ethnic diversity, where we get to try some different foods from different cultures, so where we’re based in the perfect place to bring some of those cultures and cuisines together in one place and over one day.”

Co-founder Combie Cryan added: “The Rare Foods Festival is our own beer festival, but run in a unique way where we see the Melton Mowbray Market full of family and friends having a great time and bonding over some of the rarest foods you’ll find for a fair distance. We believe beer plays a vital role as a social lubricant alongside food, so running an event that allows families and friends to do this together is so important to us.

“Hosted over the same weekend as the traditional and native rare breeds show, people will get to experience some incredible animals up close for quite possibly the first time ever. Pair that with everything else happening throughout the day and you’ve got yourself a winning Saturday!”

• The festival runs from 1pm-10pm on 10th September. Tickets are free — register here.

News: New beers on the block 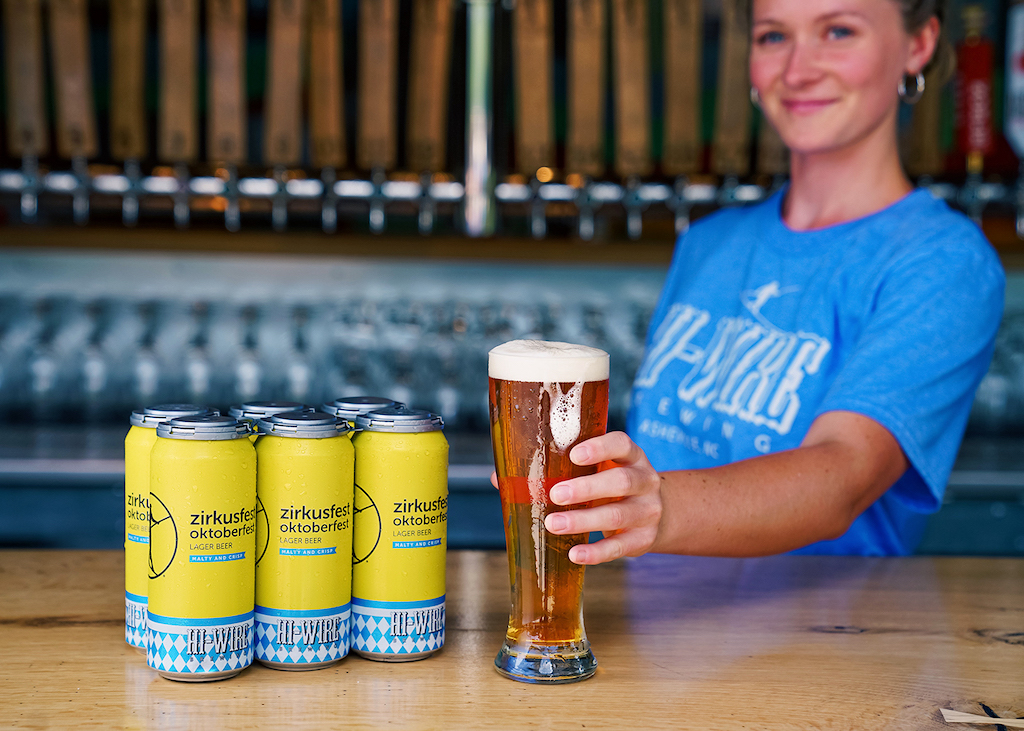