Britain’s brewing heritage has been dealt a savage blow by the decision of global giant Molson Coors to close the National Brewery Centre in Burton-on-Trent.

The centre has a series of displays over several floors that trace the history of brewing in Burton. The centre also houses the Heritage Brewery that recreates old Bass beers. The brewer, Martin Hodson, has been made redundant.

Molson Coors says the National Brewery Heritage Trust’s archive will be moved a new Burton Heritage Centre on the High Street but it’s unclear what will happen to the displays in the museum, including old brewery vehicles and train locomotives.

The museum is closing as a result of Molson Coors selling its current head office in Burton to East Staffordshire Council for £5.7 million. It will rehouse its 500 staff in the museum buildings.

Molson Coors is a Canadian-American corporation that produces mainly Carling and Cobra lagers and Worthington Bitter in Burton along with packaged versions of Doom Bar.

It owns large amounts of property in Burton that were originally part of the Bass estate in the town and it could comfortably house its staff in any of those buildings.

Molson Coors took over the former Bass Museum, founded in 1977, in 2000 when Bass left brewing. At its peak the museum attracted 120,000 visitors a year but without any promotion numbers declined and Coors, as it was known before the merger with Molson, closed it in 2008.

This led to a major campaign to save the site. It was led by the then MP Janet Dean and was supported by CAMRA, the British Guild of Beer Writers, the Burton Civic Society, Burton Chamber of Commerce and the borough and county councils. 400 people marched through the town demanding the museum be saved.

In 2010 Molson Coors agreed to lease the museum to Planning Solutions, an experienced events company that owns the Conkers visitor attraction in the National Forest and a number of restaurants. It also ran the wine centre Vinopolis at London Bridge but that closed in 2015.

The National Brewery Centre flourished and it became a popular venue for weddings, receptions, dinners and music events as well as attracting people interested in the history and heritage of brewing.

Steve Wellington, a vastly experienced brewer who spent most of his working life with Bass, moved the small William Worthington Brewery into the new museum and created, with new kit, the Heritage Brewery.

The beers he created included a draught version of Worthington’s White Shield called Masterpiece, Charrington IPA and a cask version of Worthington E, one of the leading keg beers of the 1970s and 80s. When Steve retired, the brewery was run by Martin Hodson and Caroline Horrabin (pictured below, Steve Wellington on left). The NBC had one central weakness: the land on which it stands is owned by Molson Coors, who have now given Planning Solutions notice to terminate the lease on the site.

Planning Solutions owns the brand name Heritage Brewery and the brewing kit. This means the brewery could survive if erected elsewhere or sold. Worthington’s White Shield is owned and brewed by Molson Coors in its main brewery so should survive, although it receives no support or promotion.

CAMRA has called on Molson Coors to keep the museum open. National Executive member Gillian Hough says the closure will be “a devastating loss not only to Burton-on-Trent but also to the nation’s brewing history.

“While we can see the benefit of relocating the archive to a site where they can be properly stored and maintained, a limited display of material in a new location is not an adequate replacement for the only museum in the UK focussed solely on our brewing heritage.”

She adds: “As one of the largest brewers in the world, Molson Coors have a responsibility to safeguard historic and educational facilities that are under its care. It is extremely concerning that Molson Coors is putting profits over protecting Burton’s place in global brewing history.

“CAMRA urges Molson Coors to reverse their decision, invest in the centre in its current location and ensure its collections are open and accessible to the public.

“CAMRA is ready to be part of a new campaign to save the NBC and preserve the collections for generations to come.” The archive material is run by a charity, the National Brewery Heritage Trust, chaired by Dr Harry White. It contains documents going back over 250 years that trace the history of brewing in the town. There are half a million items in the archive, of which only a small proportion can be put on display at any one time.

It’s proposed to move the archive to the new Burton Heritage Centre on the High Street. This is made up of two former buildings, the Town House and Bass House. It will form a spacious site but will not be big enough to house the displays and artefacts at the National Brewery Centre.

Dr White says he is happy that the archive will be moved to the new Heritage Centre but not all the trust’s members agree with him and argue the archive should remain at the brewery centre.

And some East Staffs borough councillors are also unhappy about the closure of the NBC and they will table a motion for debate at the next council meeting in September.

In 2008, when Coors announced the closure of the museum, Janet Dean MP arranged a meeting with Margaret Hodge MP, a minister in the Department of Culture, Media and Sport. As a result, Mrs Hodge sent a letter to all British brewers urging them to put pressure on Coors to keep the museum open.

It’s not know whether the current Department of Culture will take similar action but beer lovers should contact their MPs and urge them to raise the issue. 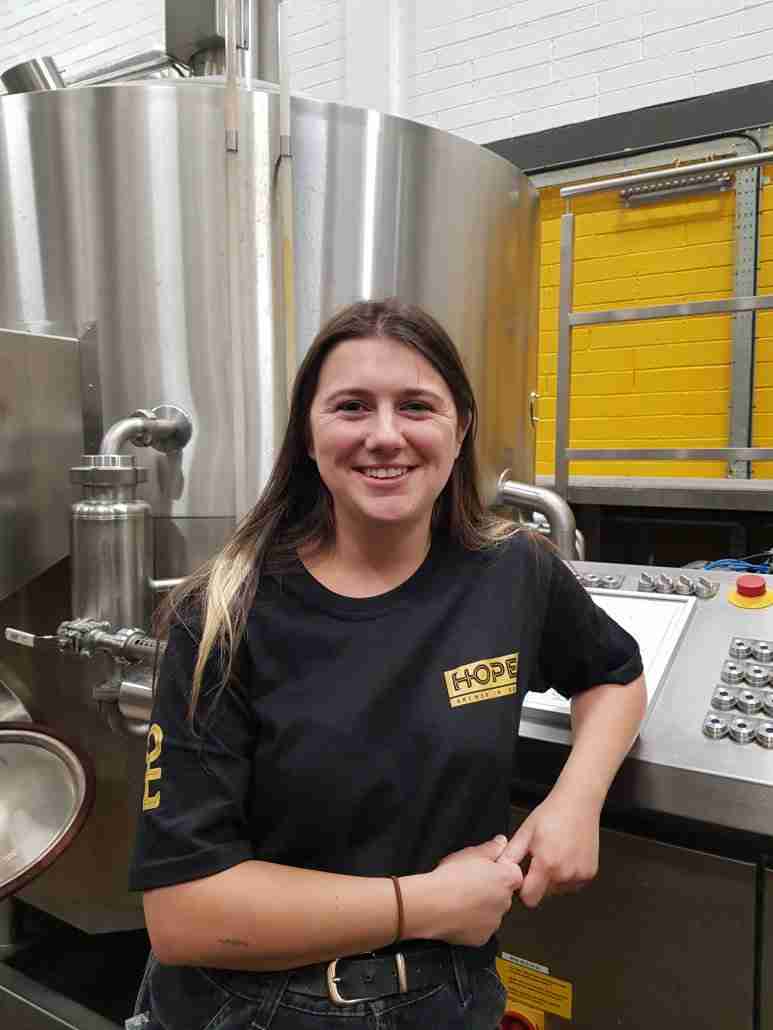