Bloom’s annual flowers and food bash in the Phoenix Park took place over the weekend. Many years ago I discovered that there was plenty of beer on offer in the Bloom Inn and I’ve served behind the Rye River bar for the last three events. This year I didn’t have to drive every day and so I was able to sample a few beers as well as our own. I visited fellow midlands man Liam to try some of his St. Mel’s Fire 1864 Lager. This is a Pilsner as opposed to St. Mel’s core range Helles Lager. It’s nice and crisp but I probably prefer the Helles myself. Check it out if you’re in Fire on Dawson Street.

The next bar belonged to Howth’s Hope and I had a drop of their fourteenth Limited Edition brew, a juicy India Pale Lager with lots of soft fruity flavours. Pick up a can of this if you see it.

Porterhouse had A LOT of beers pouring. Over the weekend I tried a small drop of their Milkshake IPA which I found a bit cloying and also their 3.2% Be-Low IPA. I could manage a couple of pints of that one!

And then I had something completely different from Dundalk’s Brewmaster: Romanov Imperial Stout. It was an 8% roasted malt, dark chocolate flavoured beer that would I’m sure taste much better beside the fire on a dark evening.

And keeping it malty, I had some of Ballykilcavan’s reliable Red Ale; Brickyard. Joe also brought me over some of his Brown Coffee Ale and that was very tasty. I also tried Boyne’s cleverly named Et Tu Brut? IPA. I’m not running away with this particular beer trend but this wasn’t a bad example if you like your IPAs dry.

The lads from Mescan were in flying form all weekend and at one stage they forced me to join their band of beer brothers! Their Special Reserve was beautiful too.

It wasn’t all beer though, I had half a look at half of the gardens and I got to try a Micil Mule, made with Poitin that was distilled using a traditional family recipe. You can check out their distillery now in Galway!

Thanks everyone who was friendly and sound, it made the five days a bit easier. Sláinte! 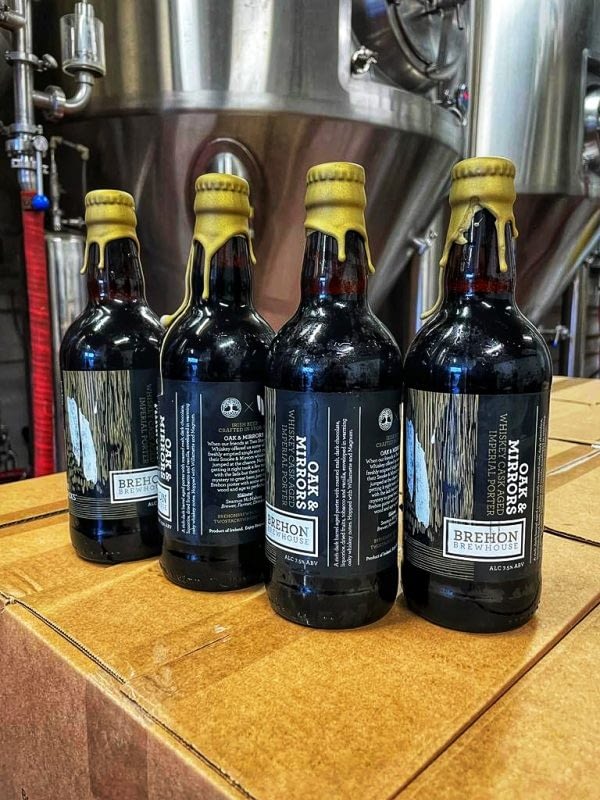