A Tale of two Red Ales

As part of our efforts to give a little more insight into the beers we brew, why we brew them and what inspires them, we’re hosting a series of blog posts over the next 6 months. Some will be by guest bloggers, some by the brew team and some will be a combination of sources. To kick us off, we’ve decided to delve into the dark (boom boom) history of Red Ales here in Ireland, as a footnote to a duo of Red Ales we’ve brewed for Beer 52, the Sadhbh and Fiadh Mór. For this style, we have invited the eminently qualified Liam, of BeerFoodTravel.blogspot.ie to give us the short history of red ale over the ages. Feel free to share and rate the beer at the end of the blog post!

A few years ago, while wandering the streets of Amsterdam, I stumbled upon an exhibition in the Tropen Museum that revolved solely around the colour red. It focussed primarily on the reactions that the colour elicited in people and how that colour could bring about a variety of different feelings depending on the mood of the individual and the context of its appearance. It can be associated with anger, lust, hatred, love, or embarrassment and many other emotions, and its use by artists, the media and even political organisations is carefully chosen to provoke a specific response depending on the observer. It also changes meaning depending on the ethnicity of the observer, as western perceptions and eastern uses could be quite differing in the reaction that this evocative colour incited. It was one of the most interesting exhibitions I had ever experienced and something that even now more than ten years later, brings a smile to my face and a longing to revisit that enjoyable afternoon.

I was reminded of this encounter while trawling through some old Irish textbooks for mentions of the colour red, because in Irish there are two common words for red – ‘dearg’ and ‘rua’ – both of which can mean the same thing but they are used quite differently depending on what subject they are applied to. To my poorly educated mind it appears to be a little complicated, but a simple if possibly flawed way to look at it is that ‘rua’ is used when you talk about a quality of something living like the colour of hair or something which gives the perception of being alive, whereas ‘dearg’ is most often used for inanimate object. All of this made me think that this type of flexible word usage would have fitted in quite nicely in that exhibition, where the actual descriptor changes to suit the characteristics of the object, almost based on that objects status of existence.

The reason for this reconnection with the Irish language was my recently posted trilogy on Irish Red Ale, or more accurately on reddish coloured beverages that were ‘brewed’ in Ireland. In those blog posts I looked at its history from ancient mentions in poems and sagas right up to recent times. The first post looked at the oldest records of red ale mentions in the country and their interpretation by later scholars and historians, and how the understanding of the actual words and language may have caused a meaning to be inferred that was never implied by the original writer. The second age looked at the historical references from the late 18th to the early 20th century with a focus on amber ales that were brewed in Ireland at this time, and some reddish brewing malts that appear to have been specific to Ireland. The last part of my trilogy looked at the rise of what we tend to now call Irish Red Ales and where they took inspiration of a sort from, which was not from this country.

I asserted that in its modern meaning the combination of words ‘Irish Red Ale’ is certainly quite a new term – as is generally known in certain circles – but as an actual beverage in the form an older amber ale or even an ancient red coloured drink it possibly did exist in one form or another, although not like the modern style and for sure any provenance it had has been skewed and distorted over the years. One of my conclusions having looked at all the ages of red Irish ales was that there was no tangible connection between those mentioned in the three eras I covered – ancient times, historical and modern.

But I was forgetting one major part of the story, and that is the social history of drink itself and the feelings it can generate. Whether it was the red ale of myths and stories where the focus was often on the camaraderie of drinking with your fellow warriors, or the historic setting of the public house where beers were drunk with fellow workers, or the more modern much-advertised idea of a pint of red ale with friends then there is a common thread, albeit in a somewhat fanciful and romantic way. Beer itself is a social drink that brings people together and that ties in very well with the people of this island and how – and why – we drink.

There is something about that feeling of satisfying softness, the subtle tea-like qualities with the sweetness of toffee or butterscotch and a final resinous finish that appeals to me and makes red ales one of my favourite styles. And that red/amber/ruby/russet shade plays its part too, as surely the warmth of the colour plays into the comfort quality, just as those tones should? I cannot remember if that exhibition from a decade ago mentioned much about this side of ‘red’ but it may have certainly been a factor – even if their colour is not quite the shade that was being shown and explained.

So where do White Hag’s Session and Export Red Ales – which they kindly sent me samples of to give me some inspiration for this epilogue of sorts – fit into this history? Well rather than trying to shoehorn them into an era they will not fit, it is probably more accurate to say that they are new versions or Irish red ales and part of a yet to be written chapter of its history – with perhaps a just a nod to the past. The session ale for sure, although modern by any standards, certainly ties in with the positive social aspect of drinking, and that comfort and companionship which was part of the marketing of ales in general of the latter part of the 20th century. The bolder export version was an easier fit because of course we did export ales from this country to England and further afield in the past – the furthest I have tracked some is 20 barrels landing in New Zealand in 1863, although sadly no colour is mentioned. It was hardly in the volumes of porters and pale ales but it was an important route for many breweries in the past.

Whether we like it or not, Red Ale has become the Irish ale in the hearts and minds of many people the world over – my writings and remonstrations along with the many and differing opinions of others on the subject will not change that fact. History is important, and the proper reporting of the historical record of beer in Ireland is something that we need to improve upon but it should not mean cancelling or ignoring a beer style because of its associations. It can still exist, evolve, and be appreciated as a simple-but-complex drink – as contradictory as that may sound. In many ways provenance of the name itself is unimportant providing you do not pretend it came from a recipe that someone’s ancestor brewed in his attic a few centuries ago – as with most things in life honesty really is the best policy, even in marketing.

One final note is on the supposed old Irish name for red ales itself. Those ancient Irish texts I mentioned called it Derg-Lind, which would be Leann Dearg in the modern language. I have issues with Leann as it could mean any type of beverage and perhaps – as I mentioned earlier – Dearg is not quite the right word for something that is far from inanimate to my mind. Maybe we should use an Irish word that was somewhat more likely used for malted beverages combined with that word for the colour red that is more alive?

We are a craft beer brewery located in Ballymote, Co. Sligo Ireland, producing draught and packaged beer for both Irish and International markets.

Musings on the Inevitable(?) Resurrection & Generification of IPA 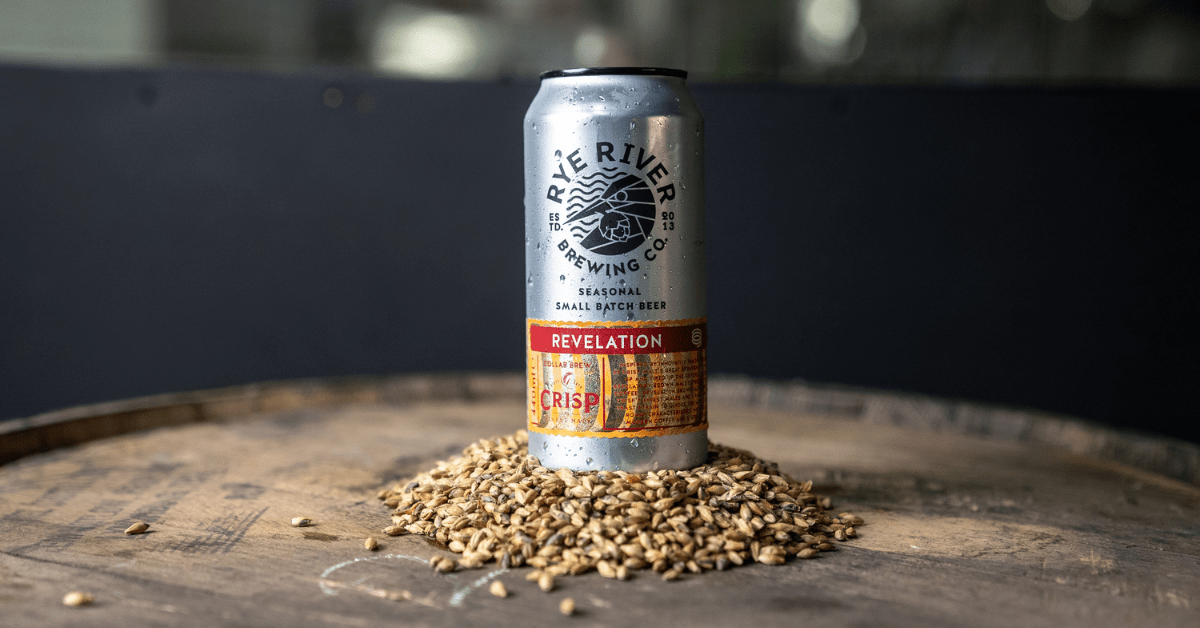